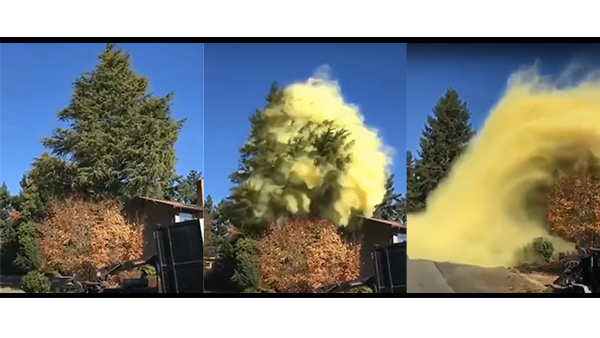 Mountain cedar, also known by its Latin name Juniperus ashei, is a drought tolerant native evergreen tree that causes winter/spring allergen in Texas. Although it is common in Mexico, in the USA, it is primarily found in Texas. The name Mountain Cedar originated from its highest density in the Hill Country area.  Its name is somewhat of a misnomer since it is a juniper and not cedar and Central Texas is hardly mountainous. 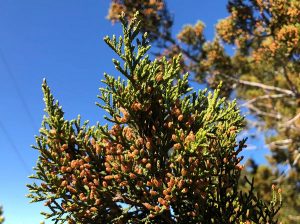 Most of the country is frozen in the winter without blooming plants, which gives people a break from allergies. Texas is unique in that it has a wintertime allergen, mountain cedar, which explodes in the cold winter months. Juniperus ashei is related to Juniperus virginiana that pollinates in the spring. Therefore, January till March is the peak season. The plant’s part that causes allergies is the pollen, which is part of the plant’s reproductive cycle. Did you know that trees can be male and female? The male cedar trees become covered with small brown cones that burst open on dry, windy days to release pollen. The pollen is often seen blowing in large clouds in the Central Texas area in January, often mistaken for wildfire due to the large and intense pollen clouds. The winds will carry the pollen for many miles, well into Oklahoma. 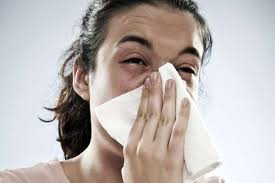 Mountain Cedar is often referred to as “cedar fever” by the locals.  Although ironic, cedar fever does not produce a fever. Instead, it causes our wintertime misery of sneezing, runny nose, sore throat, itchy watery eyes, asthma, and cough. Sadly, each winter, I hear many people say that they assumed that living in Texas means you suffer from allergies, and little can be done about it.  No one should suffer from allergies with our excellent treatment options.  First, over the counter antihistamines and nasal steroid sprays, and nasal irrigation are an excellent start. Second, prescription antihistamine nasal sprays can be added.  If this treatment fails, immunotherapy by injections or drops is excellent.  Immunotherapy prevents symptoms and is the only treatment option that can be curative in many patients. 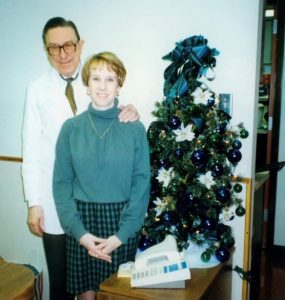 Interesting fact, Immunotherapy began in 1911 and has advanced tremendously over the past 109 years. One of the earliest allergists to recognize Mountain Cedar as an allergen was a Dallas physician, Dr. Harvey Black, who practiced allergy in the early 1900s.  In 1950 he hired a young allergist, Dr. James Holman, who was my father!  Being the North Texas Pollen Station Director feels “right at home” to me since I have been with my Dad counting pollens since I was a child.

Is there anything good about Juniper trees? Larger juniper trees provide cover for all sorts of wildlife and the habitat for a couple of rare, endangered Neotropical migrant songbirds that spend their summers in Central Texas—the golden-cheeked warbler and the black-capped vireo. The wood of the juniper tree was used by early Europeans when they first come to the Hill country for building. It is particularly strong and rot-resistant. Often it was used for fence posts lasting 50-100 years. The Spanish used Juniper for roof beams in their missions in Central Texas. As a result of poor land management and overgrazing, the soil eroded. One of the only plants that could handle the rocky ground was Ashe juniper; thus, it has thrived and led to be a prevalent tree in Central Texas. We can have a love/hate relationship with the Juniper tree; however, you don’t have to suffer because of them.  See your board-certified allergist to determine what solutions are right for you.